A shell script is a computer program designed to be run by the Unix shell, a command line interpreter. It is a text file containing a sequence of shell commands and constructs that perform a routine task. This sequence is typically executed by entering the name of the script on the command line. Alternatively, a script can be initialised using cron, a time-based job scheduler. It makes little sense to continually type a sequence of commands at a command prompt, particularly if they are long, complex, or difficult to remember. Scripting offers the virtue of alleviating this unnecessary burden.

A shell is a user interface for access to an operating system’s services. It translates command lines typed at a terminal into system actions. The shell has built-in functions, which it performs directly, but most commands execute external programs. Linux has a wide range of text shells, such as Bash (Bourne Again SHell), Korn shell, C shell, tcsh, zsh, and the Bourne sh.

The main advantage of writing a shell script is that the commands and syntax are identical to typing them on the command line. In this way, the user does not have to learn a new language. Shell scripts enable lengthy and repetitive sequences of commands to be formed into a single, simple command. It enables new commands to be created, and enable external programs to be wrapped into an environment you can control. Shell scripts are often used in system administration, system boot scripts, application startup scripts, automation, package installation tools, and so much more.

A few of the books featured in this article are not specifically about shell scripting. However, they offer an excellent introduction to using the command line and are recommended for anyone wanting to fully exploit shell scripting.

The focus of this article is to select the finest shell scripting books which are available to download for free. Many of the books featured here can also be freely distributed. So get reading, learning and sharing. 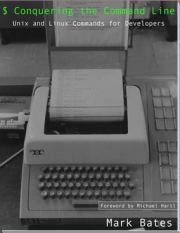 Conquering the Command Line offers the reader the opportunity to master and conquer the most valuable and useful command line tools for Unix and Linux based systems.

In this book the reader not only learns the most useful command line tools, but also the most helpful options and flags for those tools. Conquering the Command Line is not a rehash of the manual pages of each tool, but a human-readable walk-through of these tools to make you instantly more productive in your daily development life. 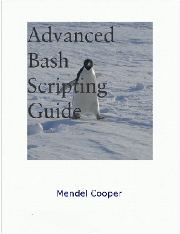 Advanced Bash-Scripting Guide is an in-depth exploration of the art of scripting. Almost the complete set of commands, utilities, and tools is available for invocation by a shell script. 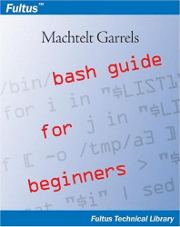 Everybody working on a UNIX or UNIX-like system who wants to make life easier on themselves, power users and sysadmins alike, can benefit from reading this book.

Learn Vimscript the Hard Way is a book for users of the Vim text editor who want to learn how to customize it.

The source code to the book is available on BitBucket and on GitHub. To use this book you should have the latest version of Vim installed, which is version 7.3 at the time of this writing.

This article is divided into three parts:

Manage your system with 37 essential system tools. We’ve written an in-depth review for each of them.