The most powerful feature of ZK is its rich set of control libraries for user interface development. 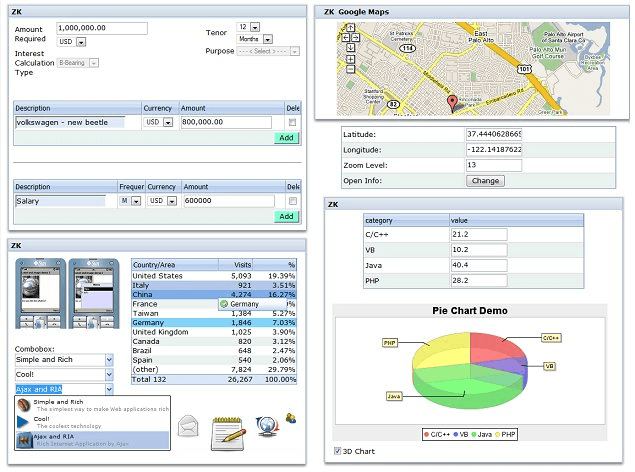