Do you remember Winamp? In the late nineties, Winamp version 2 was one of the most downloaded Windows applications. The software’s later releases witnessed a terminal decline in its popularity.

If you hanker for the good ol’ days, Qmmp might be of interest.

Qmmp is a cross-platform, open source, Qt-based multimedia player. The default user interface is similar to Winamp or xmms. But there’s also an alternative user interface.

Most popular Linux distributions provide a Qmmp package in their repositories. For example, to install Qmmp in Ubuntu, type:

I generally prefer the latest release of software, particularly if the development branch is progressing well. Using the latest software often brings more features and fixes, although the software isn’t as tested as released versions. It’s also a great way to contribute to an open source project, identifying bugs and issues that can accelerate the development process.

If you have svn installed, you can omit the above step.

(the -j flag enables the compiler to use more cores, which speeds up compilation.)

Here’s an image of Qmmp in operation. There’s a group of three windows, with the main user interface, together with an equalizer, and a playlist. 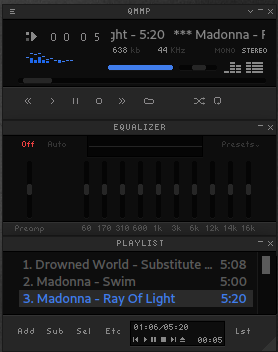 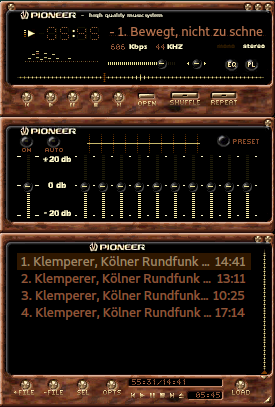 The above image shows a Pioneer skin.

But Qmmp also comes with an alternative interface which looks more modern. It’s called the Qmmp Simple User Interface (QSUI). It’s based on the standard widgets set. This interface is started with the command: 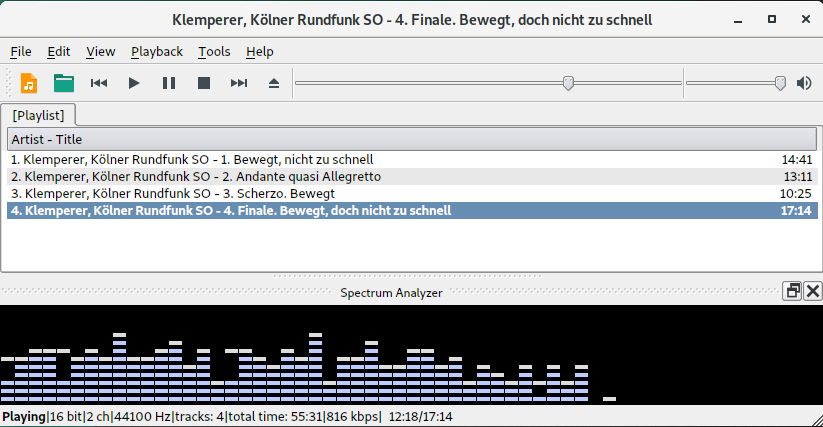 On reflection, I prefer QSUI over the default user interface.

There’s lots of good features in Qmmp. I particularly like the ability to group tracks.

Do I hanker after an open source Winamp media player? Not really. While the small screen estate consumed by the app is initially appealing, the software’s default skin looks dated. But don’t forget Qmmp has an alternative user interface. And Qmmp offers support for a wide range of audio formats.

I recently wrote about musikcube, a terminal-based media player that ticks all the boxes. I generally revert to using musikcube.

Qmmp is written in C++. Learn C++ with our recommended free books and free tutorials.