Java is a general-purpose, concurrent, class-based, object-oriented, high-level programming language and computing platform first released by Sun Microsystems in 1995. It is related in some ways to C and C++, in particular with regard to its syntax, and borrows a few ideas from other languages. Java applications are compiled to bytecode that can run on any Java virtual machine (JVM) regardless of computer architecture.

Java is designed to be simple enough that many programmers can quickly become proficient in the language. It’s one of the most popular programming languages especially for client-server web applications.

We recommend the following Java books. All of them are free to download. 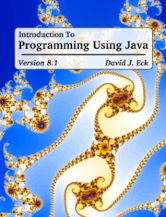 The Eighth Edition of Introduction to Programming Using Java is a free, on-line textbook on introductory programming, which uses Java as the language of instruction.

This book is directed mainly towards beginning programmers, although it might also be useful for experienced programmers who want to learn something about Java.

The book isn’t designed to provide complete coverage of the Java language, but it’s an excellent introductory text.

2. Think Java – How to Think Like a Computer Scientist by Allen B. Downey, Chris Mayfield

Think Java is an excellent introduction to Java programming for beginners.

Permission is granted to copy, distribute, transmit and adapt this work under a Creative Commons Attribution-NonCommercial-ShareAlike 3.0 Unported License.

You can order a paperback version from Amazon. 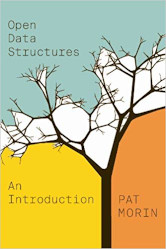 The book and is released under a Creative Commons Attribution License. Read the book for free – released in HTML, PDF, and the book’s LaTeX, Java/C++/Python sources can be downloaded from GitHub. There is also a paperback version to buy. The book has been translated into Slovenian and Turkish.

The book is available in HTML, PDF, Java sources.

All books in this series:

Manage your system with 29 essential system tools. We’ve written an in-depth review for each of them.